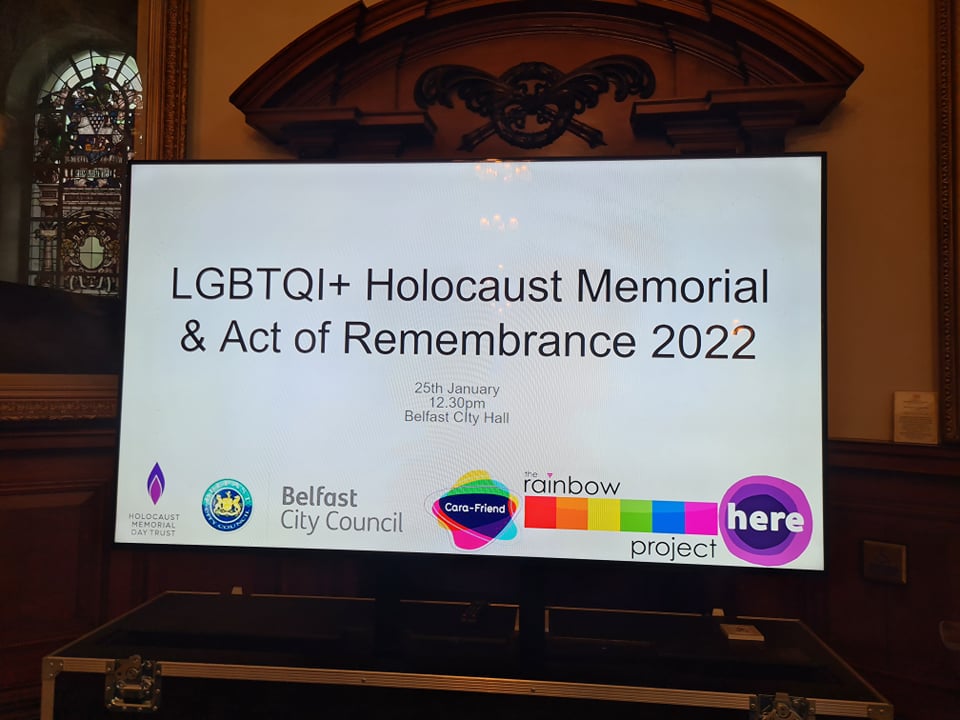 Lesbian and gay life in Germany began to thrive at the beginning of the 20th century with Berlin in particular seen as one of the most liberal cities in Europe.  There was a number of lesbian and gay organisations, cafés, bars, publications and cultural events taking place.

Nazi conceptions of race, gender and eugenics dictated the Nazi regime’s hostile policy on homosexuality.  The repression and discrimination targeted towards the LGBTQIA community started within days of Hitler and the Nazis coming to power.

On 6 May 1933, the Nazis violently looted and closed Magnus Hirschfeld’s Institute for Sexual Science. This centre acted as an important public venue for Berlin lesbian, gay, bisexual and transgender life. They closed the centre, looted the collection and burnt it out on the streets.

Unknown numbers of German Gay men and Lesbians fled abroad, and others entered into marriages in order to appear to conform to Nazi ideological norms, experiencing severe psychological trauma.

The discrimination was put into legislation by the Nazi’s with the revision of Paragraphs 175 and 175a of the German criminal code with the intent of expanding the range of criminal offences to encompass any contact between men, either physical or in form of word or gesture, that could be construed as sexual; and strengthening penalties for all violations of the revised law. Lesbianism was not included in this legislation, they were subsequently not targeted in the same way as gay men. However, Lesbians suffered the same destruction of community networks as gay men and often were not able to play roles in public life or work.

An estimated 10,000 -15,000 men who were accused of homosexuality were deported to concentration camps.

Just as Jews were forced to identify themselves with yellow stars, gay men in concentration camps had to wear a large pink triangle. There was also Brown triangles were used for Romani people, Red for political prisoners, green for criminals, blue for immigrants, purple for Jehovah’s Witnesses and black for “asocial” people, including prostitutes and lesbians.). This year for the first time we have included a black triangle in our flower wreath at the Belfast LGBTQIA Holocaust memorial event. 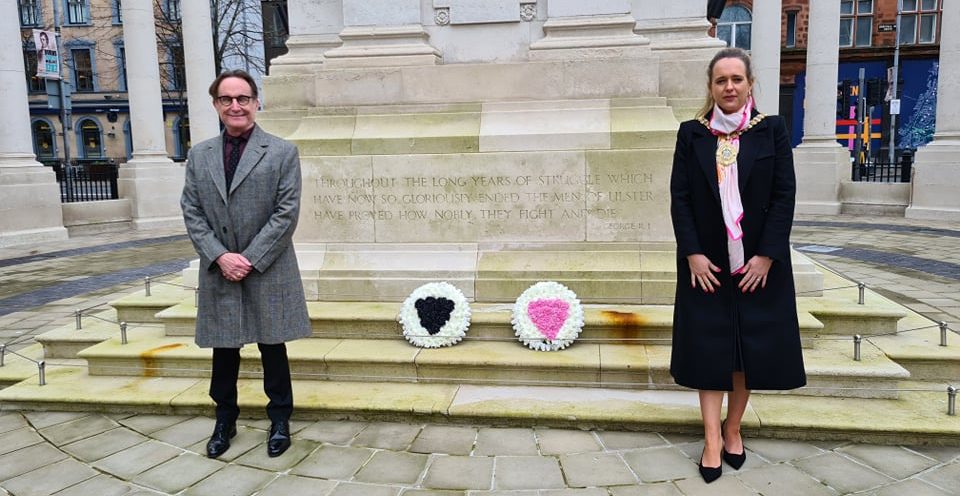 Many men in the camps died from exhaustion, others were castrated and some were subjected to gruesome medical experiments. Collective murder actions were undertaken against gay detainees, exterminating hundreds at a time. But after the war the suffering continued, the Allies chose not to remove the Nazi-amended Paragraph 175. Neither they, the new German states nor Austria would recognise homosexual prisoners as victims of the Nazis – a status essential to qualify for financial reparations. Indeed, many gay men were taken from camps and sent to prison to continue to serve their prison sentences.

We take the opportunity each year to mark the passing of those who were lost and those who survived this horrific time in our history.