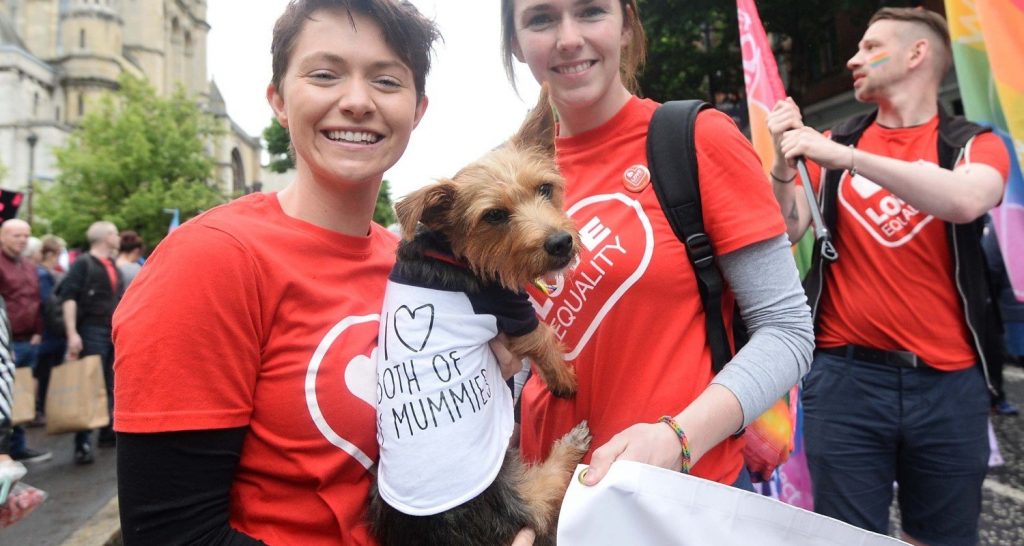 Following the success of the Irish Marriage Equality Referendum in May 2015 The Rainbow Project, Amnesty International and the Irish Congress of Trade Unions came together to organise a rally to support the introduction of full marriage equality. On 13 June 2015 the rally for Equal Civil Marriage was held in Belfast City Centre with over 20,000 people taking part in the rally making one of the biggest political rallies in Northern Ireland in recent history.

For more information on the Love Equality Campaign please visit their website at www.loveequalityni.org/