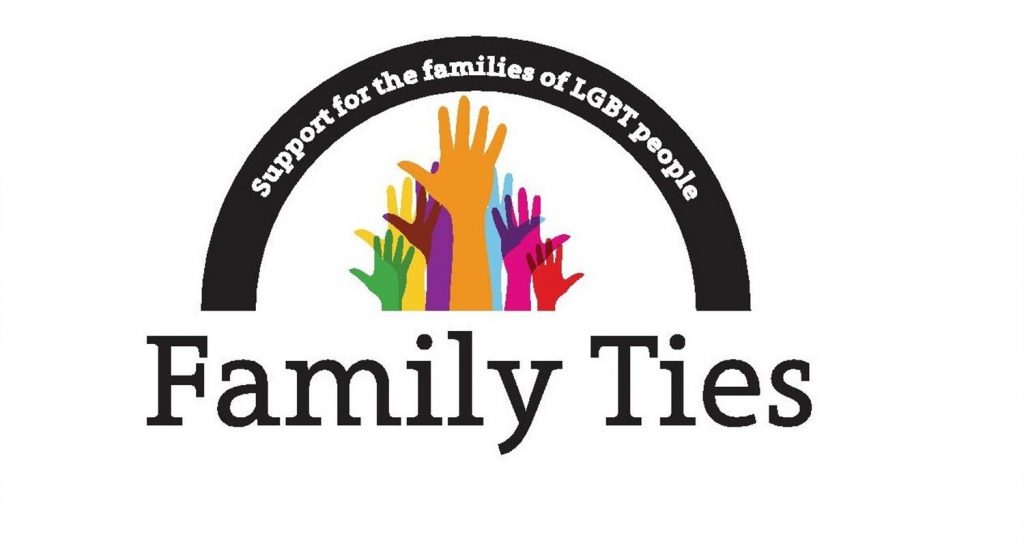 The Family Ties Project is a support service for the families of LGBT people. We provide monthly meetings for parents and other family members to come together, to chat with other families in similar situations and to share experiences of when a loved one comes out, we also offer one to one support, help and guidance. If you think you or another family member could benefit from the Family Ties Project please feel free to contact Joe on 029 9031 9030 or familysupport@rainbow-project.org.

Who do you think of as your family? Is it only your relatives? Most people have a lot of friends and colleagues, and would consider these as important to them as their immediate relatives!

Family is important! We all need our families, large and small. We rely on each other, care for each other, love one another. Family is precious to everyone, even to LGBT people. Unfortunately, many LGBT people feel that they cannot share an important part of their identity with their families.

Clearly, the feeling that your child, friend, relative or colleague is not who you thought is distressing, for all concerned. No-one can be fully prepared for such an event. The aim of the Family Ties Project is to try to prepare parents, children, relatives, friends, colleagues and just about anyone on how to support an LGBT person in your family or within your group of friends.

The Family Ties Project has produced a variety of literature, available on this website. Please read, consider, distribute and talk about it and sexual orientation and gender identity generally. This guide was written by families to help those who need it!

Taken from the Family Ties booklet:

“For any parent, hearing their child say the words ‘Mum, Dad – I’m gay’ may not be easy. Parents may be upset or worried; they may feel guilty or ashamed. These reactions are understandable. Northern Ireland is changing, with advanced equality legislation now in place. But society will take longer to change, and sometimes attitudes in Northern Ireland remain intolerant of people who are gay, lesbian, bisexual or transgender.

Parents may have fears about what will happen to their child. They might have heard, or believe, some of the myths about sexual orientation or gender identity. They might have concerns about the reaction of others, in the family and outside, and there is no doubt that young gay, lesbian and bisexual people may have a difficult time. Schools are often still reluctant to acknowledge that they have gay and lesbian students. There is still an unacceptable level of open prejudice from religious and political bodies. There is still a higher rate of suicide among young people who identify as LGBT; there are mental health issues resulting from the stress and lack of affirmation experienced by many LGBT young people. But there are also signs of a hopeful future for these young people. There are dedicated organisations that can and do help the gay and lesbian community.

The Rainbow Project advocates for these young people and their families. The new equality laws ensure fair treatment in the workplace and in public life. And attitudes are slowly changing.”

LGBT organisations are also contacted by parents and carers who think their child might be LGBT, or by those whose child has already ‘come out’. Some parents react with shock, some with concern, and others with acceptance. But a common feeling is not knowing how best to handle the situation, and how best to support their child. Practical information for parents and carers in Northern Ireland has not, so far, been widely available. We hope that this booklet will help parents in this situation find some of their answers.

Every parent’s experiences and reactions will be different when their child ‘comes out’. The primary aim of this booklet is to look at some of the most common questions and concerns raised by the parents of LGBT young people who have already made contact with the Rainbow Project.

If you think you or another family member could benefit from the Family Ties Project please feel free to contact Joe on 029 9031 9030 or familysupport@rainbow-project.org.