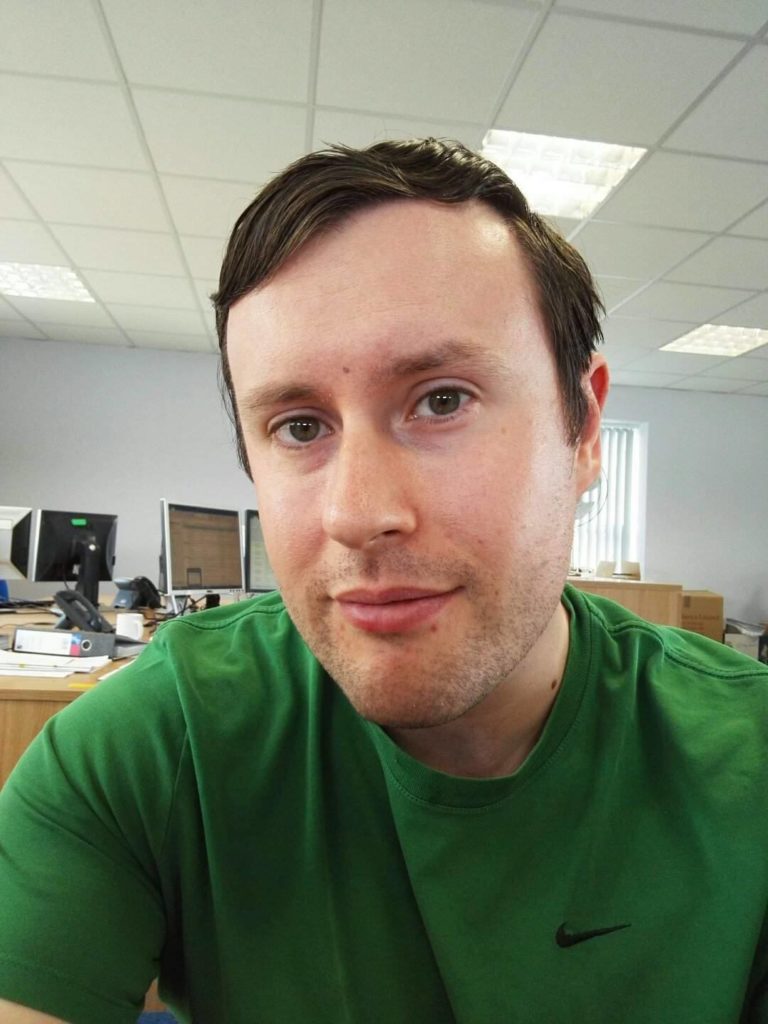 You may or may not be aware that Bi-visibility week runs from the 18th to the 24th of September. Events were planned for all over Ireland by many awesome LGBTQIA organizations. One such organization is Bi+ Ireland, which aims to create a space where bi+ people can make friends, access peer support and reduce any isolation they may experience. We aim to increase the visibility and presence of bi+ people in Ireland and to create diverse, vibrant and welcoming communities. Bi+ Ireland is run by a team of 18 volunteer coordinators and relies on their dedication to keep it up and running.

One such way Bi+ Ireland has been working to enhance the visibility of Bi+ individuals is through the “We Exist” series. As Bi+ individuals, we may be highly visible or we might not be. But we exist and we are valid. The “We exist series” covers 5 questions which are intended to be thought-provoking. So in the interest of breaking the ice let me put myself in the spotlight.

Tell us about you!

Without this sounding too much like an online dating profile. My names Gavin and I’m a 33-year-old Aerospace Engineer living in Belfast. I’m a total geek, I play guitar and sing. I’m also one of the new Bi Ireland co-coordinators for Belfast. I’ve dealt with depression and anxiety for most of my life but I’m probably in the best place mentally that I’ve ever been.

When did you first know you were bi+?

It’s hard to remember when I realized I was bi, as I think I realized gradually over time. My brain tends not to go in straight lines and I sometimes get lost down the rabbit hole. So it was a slow reveal to myself over more years than I would I have liked. I remember being in primary school and liking girls. But there was more going on. The boys caught my eye as well. At the time I had no idea that bisexuality even existed or knew much about sexuality generally at that point. So I guess subconsciously I ignored my interest in boys and carried on the “way I was supposed to”. As the time went on and I learned more about my attractions but at the same time was influenced by other people’s views about who someone like myself should be attracted to. Sources like friends, TV, films, parents. I remember sitting in my room around the age of 14 at my desk with my head spinning from the internal conflict and just crying. Then as my brain tried to rationalize the conflict I remember a feeling of dread that I was probably Gay. There was no one within a million miles of my life that was gay. My dad was a stern but fair builder and my brother was a bit of a womanizing rugby player. The concept of me being anything but straight was just a no go situation. So back in the box, the feelings went in between my love of PJ & Duncan’s let’s get ready to rumble and the idea of blond hi-lights in my hair.

So that was the status quo for a long time. Fast forward about 16 years later and I’d just come out of a long-term relationship with a girl. Still under the repressed idea that I might be gay. I realized I’d been constructing a web of rules about how I “should” be. Masculine, strong, never afraid, not feminine in any way, emotionless. I should only be friends with men, I shouldn’t be feeling anything more. The list could go on and on but you get the idea. I’d invalidated my feelings for men all my life. So after a fair bit of counselling, I decided to make a change and accept myself. It did take me some time to deconstruct all the rigid rules I had modelled myself on over the years. I actually ended up having the opposite problem in that I sometimes thought to myself “I’m not gay enough”. It just took time for me to learn to accept and trust myself again. When I did allow myself to finally go on my first date with a guy I felt elated. Not specifically over the guy as the date was a bit of a disaster, to be honest. I remember he put his hand on my leg and I just freaked out and ran away. Haha. Just wasn’t at all use to the man on man action. Laugh about it to this day. Still, I was proud of the steps I’d made.

Are you out as a bi+ person?

In short, I am out to all those in my life that matter to me. I’d probably be what you’d call “straight acting”. Just to point out I hate that term, it’s a hangover from my Grindr days. Other apps are available. I hate that term because the way I am is not an act. I’m probably perceived as straight everywhere I go. So for every new person that might become a regular feature in my life coming out to them is a part of that. Wouldn’t say I’m 100% out in terms of work but it doesn’t come up mainly because who I get my rocks off to isn’t really relevant to making sure planes don’t fall out of the sky. But perhaps one day I’ll just put it on my business cards and be done with it. MEng Bisexual Engineering.

When have you felt the most accepted as a bi+ person? The least accepted?

Most accepted was definitely at Bicon 2017, which I learned this year was actually a thing. I had never heard of it before but it was posted on the Bi+ Ireland Facebook page. It was an event held in Leeds Becketts University and was pretty much just ALL BI, ALL THE TIME. Only disappointing part was when I had to leave the Bi bubble and go back into the real world where my hotel was located in the centre of Leeds. It was pretty much just a weekend of learning for me as I’d never really done any proactive learning about being bisexual. There were seminars on academic research into sexuality, how to have a tantric orgasm (highly recommend that one), Polyamory, conflict resolution, coping with distress, naked lunches and too many to mention. Though mostly it was just nice to be around and chat with other people who were Bi+, including the other Bi Ireland coordinators who I now have the pleasure of working with.

Least accepted, there’s never been any significant event that I remember. Just lots of small ones typically in dating or bar situations. But if I had to pick one, I vividly remember one time in the Belfast Queer Quarter I was having a few drinks. A friend of mine spotted a local celebrity, who shall remain nameless as I wouldn’t give him the promotion. Without hesitation in her wing women duties, she went over to chat to him and pointed me out, bigging me up. She casually mentioned that I was Bi and was met with a contorted face and the response; “Bi? I don’t date Bisexuals, I don’t think it’s real. It’s a total cop-out”.  Being bi also she was furious and gave him an earful. You do not want to get on her bad side as she’s feisty and will fight you.  Needless to say, said “celebrity” soon had a red face and a very sore ear.  I wasn’t so much raging as taken aback as I hadn’t encountered direct biphobia like that ever before. I was disappointed in such a biphobic attitude from a member of my own community but was quick to form the opinion that people with such a view of the world would not get the time of day from me in the future.

What is something no one asks you about being bi+ that you wish they would, and what would you want to tell them?

Mainly just “How can I help reduce Bi erasure?” If I am in a straight or a gay space I just get labelled as one or the other. It can get frustrating to have to correct people all the time. I’d also ask people to not jump to conclusions about me so quickly. I’ve never been into the Belfast Queer scene in a big way. Nor do I watch Ru Paul’s drag race, dress or act flamboyantly or conform to most of the stereotypes associated with being gay. I’m a structural engineer, I enjoy DIY, I like Stargate SG1 (old but a classic), I love to cook and occasionally bake. None of which makes me any less Bi. I am just a person with interests, hobbies, likes and dislikes. None of them relevant to my sexuality.

Maybe you have had similar experiences, radically different or are just starting your own queer journey. The point is that the Bi+ Ireland community is full of people who have been there themselves or are right there with you facing the same challenges. For me, it was a great place to get the support and validation I had struggled to give myself over the years.

Having access to a supportive community is an amazing thing but it’s also great to get some actual real-world face time with those people and have a bit of craic. Regular meetups are scheduled in Dublin, Cork, Limerick, Galway, Belfast and Portlaoise. These can range from a coffee get together, book clubs, burlesque shows, or perhaps just a good old-fashioned pint. We actually held our most recent Belfast meetup in September, which was a board game night at Jack Straw’s. Nothing bonds you with people quite like playing Obama llama and trying to describe the rhyme “sponge bob square pants eating ants”. If you don’t know what Obama llama is, don’t worry I didn’t either but I don’t have the sufficient descriptive powers or wordiness to do justice to the insanity of that game. You’ll just have to come along to the October board game night to experience it for yourself.

A way you can get involved in the Bi+ Ireland community is to visit the shiny new website that has just been launched at www.biireland.com. You can read more entries in the “We exist series or even submit your own. We’d love to hear from you. You can also keep up to date with the latest news and events that are taking place all over Ireland. The best way to stay up to date is to join the Bi+ Ireland community Facebook page or sign up to our newsletter.