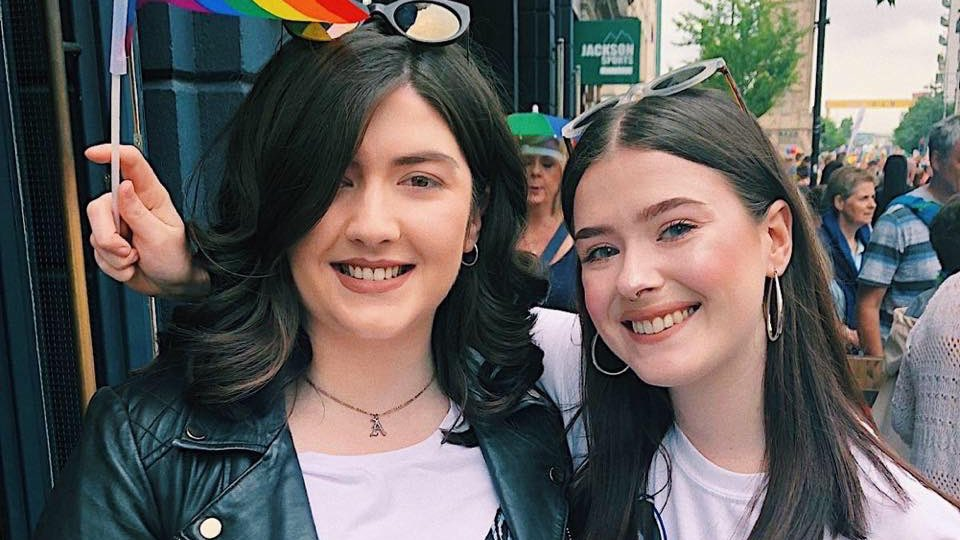 Rebecca Toolan is a lesbian from Belfast who currently works in marketing and occasionally writes about pop culture, politics, and LGBT issues. You can follow her on Twitter at @rebtool

“Lesbians really do exist!” exclaimed Derry Girls’ Orla McCool against the backdrop of the North of Ireland in the mid-1990s, around the same time I was born.

Fast forward 20 something years to 2020, which sees the inaugural Lesbian Visibility Week taking place spearheaded by Diva Magazine. The landmark event celebrates the strides that lesbians have made in our own movements and in supporting others in our community, as well as bringing attention to issues that face lesbians and other women who date women in our community today. 2020 also sees Northern Ireland at long last legalising same sex marriage, with a lesbian couple becoming the first to wed in our wee corner of the world.

Visibility is an important word. It’s not that lesbians have been totally invisible up until now. We exist in every corner of society and come in many different forms; Diva have published an incredible list of 100 Visible Lesbians who have shaped lesbian culture and made an impact on wider society, but there are surely 1,000s more who could be celebrated in their own right.

I’m 24 years old, and my journey with my identity was markedly of its time. I cut my teeth on Tumblr, coming out to my friends with an episode of Pretty Little Liars muted in the background. While I diligently researched my community from websites like AfterEllen and Autostraddle, I dared not call myself a lesbian because of the heavy baggage attached to the word. For years I was gay, a gay woman even, but never a lesbian. Terminology aside, it still felt isolating to believe I was the only person like me I knew at school, in my GAA team, and in my wider group of friends. I found my people online, and made friends for life through sharing stories of first crushes, Glee characters, and hopes for the future.

Now, a proud lesbian woman firmly stuck between the Millennial and Gen-Z camps, I can speak with some great amount of certainty on just how much differs for young women who are coming to terms with their sexuality today in 2020, but also that in spite of all the change in the world, some things have stayed the same.

For many young lesbians, it’s not Ellen or K.d Lang who are their cultural points of reference, but women like musician King Princess, YouTubers Rose and Rosie Dix-Spaughton, and actress Kate McKinnon. There’s a lot to be said on the power of positive representation afforded by these entertainers, as well as the continued activism and change brought about by some much less visible figures in our history and in our local communities, but also room to talk about the new communities built around shared interest and experience that safely house so many young lesbian and bisexual women and girls. Mediums like TikTok and Twitter can become makeshift support groups for young people coming to terms with their sexuality and learning about the community they’ll soon be navigating as a young, newly out person.

Alongside their list of 100 Visible Lesbians, Diva Magazine also published the results of a survey they carried out amongst LGBTQ+ women on topics like being out at work, hate crime, and of course visibility.

The results showed that so many of us still feel like we have to hide our identity, with only half of respondents saying they’re out to colleagues, and over half of respondents saying they sometimes feel fear using public transport. 44% of people who took the survey also said they wished there were more events and spaces specifically for LGBTQ+ women, and 79% said they felt there was much more visibility for male members of our community in public life.

As young lesbians today, we clearly still face a lot of obstacles in society, but we’re in a better position than the women who paved the way for us throughout the decades leading up to now. We have a responsibility to the next generation to keep pushing for more positive representation, more participation, more inclusivity, and more freedom to be ourselves. I’m acutely aware of how me and my partner being visible can contribute to a society where our relationships are normalised, and how seeing people like them being happy and proud can make a world of difference in someone’s life, just as it did for me when I was a scared, closeted teen.

In her letter to her 14 Year Old Self, Lyra McKee wrote- “It won’t always be like this, it’s going to get better”.

Those words have become synonymous with the movement here in Northern Ireland, an encapsulation of the hope of many young gay people that the difficulties and hardships they face are only temporary. There is a big bright world out there, and we all have a place in it.

Recruitment – Trustee Of The Rainbow Project