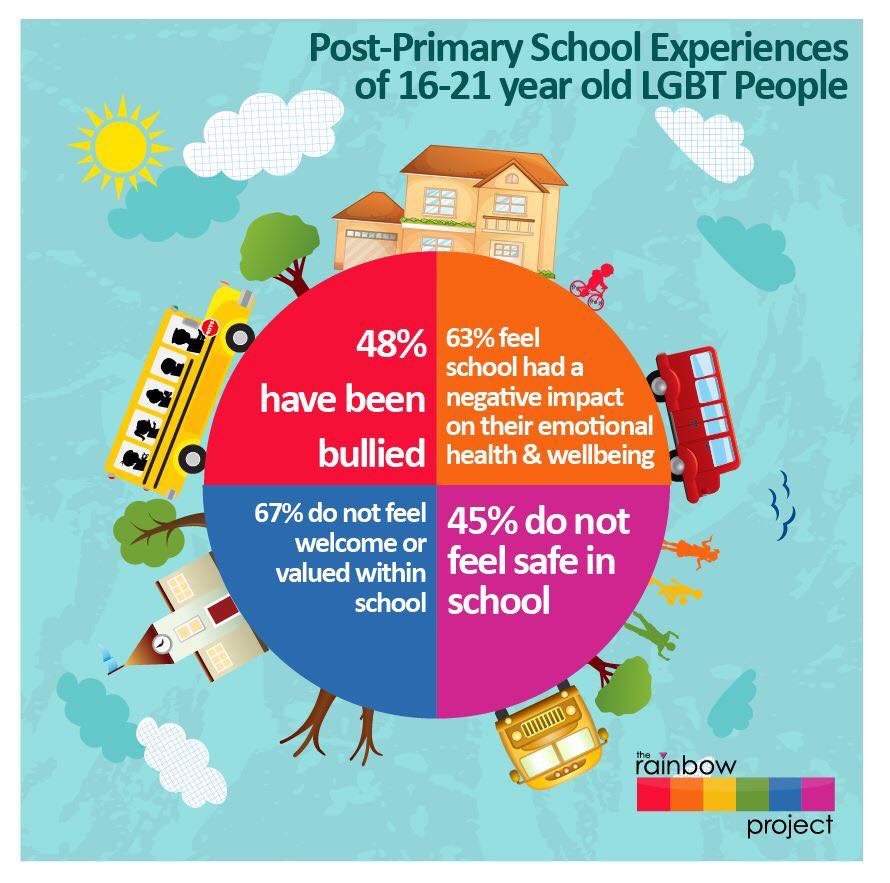 In 2016 the Northern Ireland Assembly passed the ‘Addressing Bullying in Schools Bill’ which gives the following definition of bullying:

(a) the repeated use of a verbal, written or electronic communication or a physical act (or a combination of those),

(c) against another pupil or group of pupils,

(d) with the intention of causing physical or emotional harm to that pupil or group of pupils.

Why is it that when verbal and physical assaults occur in schools we are conditioned to view them as less than when they occur on the street or in the home? Why is this term used to describe peer on peer violence among the young people within our society? Why do we minimise the experiences of children and young people who are victims of crime? The vast majority of people in our society rightly believe that it is wrong for a parent to smack a child – but we give little consideration to levels of violence experienced by young people from their peers. Indeed, living in constant fear of violence is more than criminal – it is torture – it is an abuse of a person’s human rights.

Schools – after home – are where our children and young people spend the majority of their time. They are required by law to be there. But are our children and young people safe in schools – are schools meeting their statutory obligation to safeguard them? Now, don’t get me wrong – I am not suggesting that addressing peer on peer violence within school is an easy task – it is as endemic today as it was when I was in school 15+ years ago. The problem is vast and complex and deserves investment of time, money and expertise. We need a substantial cultural shift in how young people view each other and what is acceptable behaviour among peers. The Rainbow Project and our partners in Cara-Friend and GenderJam have consistently called on the numerous bodies within the Northern Ireland education sector to do much more to ensure that schools are safe and welcoming places for all of their students.

One way of ensuring that we achieve this cultural change is by uniformity – ensuring there is a uniform response by schools to bullying based on best practice and using a framework by which schools can be held accountable. Surely this is something that was dealt with in ‘Addressing Bullying in Schools Bill’? Unfortunately not. You can check out the bill here for yourself – but despite lobbying by The Rainbow Project to the contrary – the legislation only requires that schools have a policy to respond to bullying– not what that policy should include. There are over 1,000 schools in Northern Ireland – interestingly there are more schools in Northern Ireland than there are words in the ‘Addressing Bullying in Schools Bill.

If there are over 1,000 schools with their own policy, their own approach and their own experiences then how do we ever reach a uniform approach, identify best practice or fully understand the culture that allows for the sever harm caused to our children and young people.

Research commissioned by the Department of Education entitled ‘Post Primary School Experiences of 16-21 year Old People Who are Lesbian, Gay, Bisexual and/or Transgender (LGBT)’ found that:

This research was held by the Department of Education for 18 months before finally being published following pressure from The Rainbow Project and others. On Monday 9th October my colleague Gavin Boyd and I met with the Permanent Secretary in the Department of Education to discuss the research and their response. At this meeting no proposals were brought forward by the Department to address the need identified in this report. No ideas were presented to respond to the almost half of LGBT people who were experiencing bullying or who felt that school was not safe.

As I write this I am rubbing my head trying to understand why it is so difficult to get people to pay attention to the endemic experiences of violence by too many of our young people – not least of all those who identify as LGBT. My heart breaks for the 12 year reported in the media this week and his family. I want to thank his father for his bravery in speaking out and challenging the institutionalised neglect of our children and young people by our schools and education system.

I only hope that this story wakes us all up to the need to ensure safe schools for everyone.